This article originally ran in the Summer 2006 issue of the James River News, a newsletter produced by the JRR Condo Association from 2005-2009.

Want to make your fortune in the James River?  It will take some back breaking work but there is gold to be found if you’re willing to work for it. But first we need to work our way upriver…

There is gold to be found in a number of rivers originating high in the foothills and mountains to the west of the James River Retreat. The sandbars of the North Saskatchewan River contain fine flour gold – pinpoint size grains – in almost economic quantities. In fact, the North Saskatchewan was actively panned and sluiced by hardbitten dreamers a hundred years ago and you’ll still find a few at it today. The Red Deer also holds flour gold, as does the James, just not quite as much. How the heck did it get there? And how can we get some?

It all began 250 million years ago when volcanic activity from Kamloops to Field injected quartz veins containing gold into the bedrock. As the bedrock broke down over eons, gold weathered out into the sand and pebble bars forming occasional “placer” deposits. Over millions of years these bars were buried several thousand metres deep, squeezed into the hard sandstones and conglomerates rocks of the Cretaceous Mannville formation and eventually uplifted in mountain building. Glaciation and endless erosion is weathering out the fine gold from those bars again. This second generation placer gold has been ground fine, traveled far, and is remarkably pure. The large surface area relative to the pinpoint size and long period of exposure has dissolved out the associated silver, copper etc that reduces native gold’s purity, so that this flour gold is about 98% pure.

But how do we get our hands on some? Find a big, fresh gravel bar near a high flow area of the river (lots to choose from). Shovel endless buckets of coarse gravel into a gold pan (less than $10 for a good black plastic pan at a hardware store). Swirl and swish that rock out until you have a teaspoon of blackish grit left. Save that grit. Now repeat the shovel, swirl, swish and save about 20 times until you have a good handful of grit and pan that down to a teaspoon. Guaranteed, you’ll see pinpoint pricks of buttery yellow gold warmly glowing in the sun against the black plastic of the pan. Outstanding, exhilarating, invigorating, but not too economic. An hour’s work will generate less than a few cents worth of gold. But it’s the real thing, and it’s in our very own James River.

Adapted from an article submitted by Nick Wemyss, passionate geologist, gold panner and, as a former cabin owner at James River Retreat, a part of our lore. 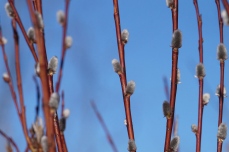 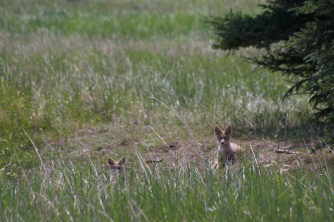 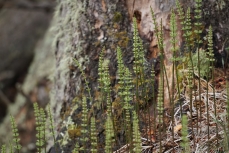 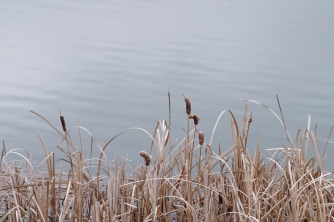